The Church of God is the true church established by the Second Coming Christ Father Ahnsahnghong and it is the Early Church where even John, Peter, and Apostle Paul went to.  The Second Coming Christ Father Ahnsahnghong is our true Almighty God who labored as a carpenter in His first coming and as a mason in His second coming for saving all sinners.  He is surely the Savior in this last age, who enlightened His children through the truth of life and restored all God’s festivals of the Early Church, which was trampled by the power of Satan.

Before meeting Heavenly Mother, I was the most unfortunate person in this world. Growing up in domestic violence, my heart was always on edge. As I grew older, social phobia and depression that I had, grew deeper.

I wasn’t confident with anything that I have been doing, and even when I faced small hardship, I gave up and was frustrated.

I was that kind of person.

I always wanted to be comforted, I got angry and became sad with small things, and the only hope that I had was to quickly leave this world.

However, happiness came to this kind of person.

When I first heard the truth, tears fell down my eyes that I thought was drained.

My strong hardened heart started to melt and tears fell down endlessly.

Realizing how much of a happy person I am, I found myself smiling, and I thought that I could do anything in God, and felt strong and happy while doing things.

However my habit couldn’t easily change.

I was revealing my sorrow, wailing, trying to be comforted time to time.

When I had small difficulties and hardships, I listed every difficulty that I had faced, even the ones I had in old times in my childhood. I complained the unfairness and sadness to Mother countless times. Not knowing who the criminal was; the one who brought out these difficulties.

One day, seeing ‘The Great Sacrifice of Mother’ biblical drama, my heart seemed to stop.
My soul was feeling that the incidents were true.

I committed most grave sin that it was right that I had to go straight to hell; however, God allowed me the city of refuge, to meet God, and allowed me again, to receive the noble love that was lost in heaven.

How can I express this grace in words? 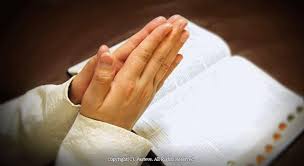 Once I have read this kind of article.

A thief unexpectedly came into a house where an old couple lived,

and murdered them ruthlessly, stealing the money that they have saved

all their life for their child.

When the corpses were examined, they discovered a fingernail inside the old man’s throat, and that was nothing less than the nail of his son.

We all say that even if a child covers his face, parents can recognize.

Bleeding, being pierced innumerably by the child’s swinging blade, catching his breath, he found his son’s fingernail fallen on the ground, and swallowed it up using the rest of his strength.

Even at the instant of death, all his parents could think of was their child’s safety and future. Before the love of his parents, the son was diabolical, wasn’t right to be forgiven.

However that rebellious son was me. I was the one who pointed a blade in front of God the Father and God the  Mother in heaven.

Even so, do I deserve to call them Father and Mother?

Do I deserve to meet You again?

And in the meantime, I thought as if it is insufficient, wanting to be comforted and to be paid for the unfairness and pain that I had.

Lately realizing all these, I saw that Father laid down his life to save this sinner, and Mother is in this prison where the sinners dwell, washing this sinner’s feet, like a servant.

The painful scar that they have received would be an obstinate stain, but they were never comforted. Even now, at this moment, Mother looks after her immature children who only complains for their unfairness that they are facing, without realization.

Taking care of Her immature children who always complain for their pain and unfairness, She covers the scars of each soul one by one; even today, until we comfortably sleep, she cannot have no sleep or rest.

Who would feel pity for the thief in the article mentioned above, or want to be near him?

Like so, no one wants be by this sinner, or even want to look at this sinner, but She cherish me, and considers me more precious than Herself.

You willingly become the Mother of this sinner, and wait for me with trust, that I am Your child, guiding me with Your loving hand.
Mother, since you exist, I am the happiest person in this world.
I am so sorry that I realized it now, how much of a happy person I am.

I did not know this biggest blessing, this happiness when I was in heaven. On this earth, I will realize your very noble and pure love, and never step on to it but consider it, repaying as a devoted daughter.

Thank You Father and Mother. I love You eternally.