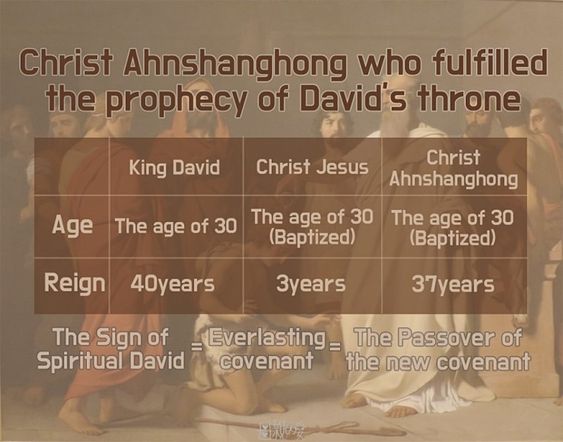 Christ Ahnsahnghong passed away in 1985 after preaching for 37 years. Christ Ahnsahnghong’s death lets us know He is Second Coming Christ who fulfilled prophecy of King David's throne. (2 Sam 5:4, Lk 3:23 Heb 9:28)

Christ Ahnsahnghong even prophesied about His death in a religious magazine in Korea.

The Church of God explains, “Jesus has to come a second time in the flesh because the new covenant he established at His first coming was abolished during the Dark Ages. So the Lord Himself has to come again to restore the truth of life, the new covenant, and to seek His people.”