Melchizedek and the Passover

Author
Estherkim
Date
2021-02-11 12:31
Views
284
There are many people who say that the Passover has nothing to do with salvation because they are saved if they just believe in Christ.
This is because we do not know what kind of priest Jesus is.
The Old Testament foretold that a priest like Melchizedek would appear in the future.

Psalm 110:4
The Lord has sworn and will not change his mind: “You are a priest forever, in the order of Melchizedek.”

This prophecy was fulfilled by Jesus.

Hebrews 5:6-10
And he says in another place, “You are a priest forever, in the order of Melchizedek.” During the days of Jesus’life on earth, he offered up prayers and petitions with fervent cries and tears to the one who could save him from death, and he was heard because of his reverent submission his. Son though he was, he learned obedience from what he suffered and, once made perfect, he became the source of eternal salvation for all who obey him and was designated by God to be high priest in the order of Melchizedek.

So why does the Bible say that Jesus is the high priest following the Melchizedek order?

It is because Jesus blessed the same way as Melchizedek.

Genesis 14:18-20
Then Melchizedek king of Salem brought out bread and wine. He was priest of God Most High, and he blessed Abram, saying,
“Blessed be Abram by God Most High, Creator of heaven and earth.
And praise be to God Most High, who delivered your enemies into your hand.” Then Abram gave him a tenth of everything.

Unlike other priests who offered sacrifices with sheep or goats at the time, only Melchizedek blessed with bread and wine.

Then, with what should Jesus, a priest like Melchizedek, bless us with?

Matthew 26:17~28
... So the disciples did as Jesus had directed them and prepared the Passover... While they were eating, Jesus took bread, and when he had given thanks, he broke it and gave it to his disciples, saying, “Take and eat; this is my body.” Then he took a cup, and when he had given thanks, he gave it to them, saying, “Drink from it, all of you.
This is my blood of the covenant, which is poured out for many for the forgiveness of sins. 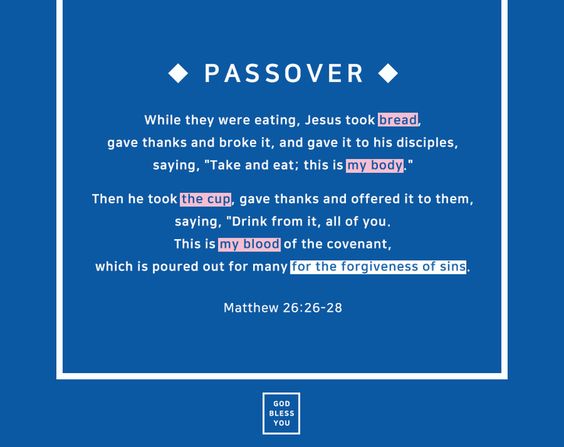 Total 11
« How can we receive Blessing from God?
Into the imperishable within Christ Ahnsahnghong and God the Mother! »
List Reply
Edit Delete
Total 294
New
Powered by KBoard