Jesus told them another parable: "The kingdom of heaven is like a man who sowed good seed in his field. But while everyone was sleeping, his enemy came and sowed weeds among the wheat, and went away. When the wheat sprouted and formed heads, then the weeds also appeared.
"The owner's servants came to him and said, 'Sir, didn't you sow good seed in your field? Where then did the weeds come from?'
" 'An enemy did this,' he replied. "The servants asked him, 'Do you want us to go and pull them up?'
" 'No,' he answered, 'because while you are pulling the weeds, you may root up the wheat with them.
Let both grow together until the harvest. At that time I will tell the harvesters: First collect the weeds and tie them in bundles to be burned; then gather the wheat and bring it into my barn.' "

Among the latest organic farming methods, there is something called non-weeding farming.

Have you ever heard of it?

Non-weeding farming is an agricultural method that does not remove weeds that grow next to the crops being grown.
The conventional wisdom is that if weeds were not removed, the crops raised would wither due to poor nutritional status and eventually reduce yields. So, from dawn to late at night, the farmers did their best to pull out weeds living next to the crops or get rid of them with herbicides.
It is also true that farming like this increases the yield, so it is still the farming method that many farmers choose. The problem, however, is that consumers dislike herbicide-treated vegetables and grains. In fact, herbicides are not good for humans, and depending on the amount consumed, they can kill people. So, farmers started to have developed methods of farming that do not use herbicides.

They say that the yield can be slightly reduced, but rather the crop is hard and robust. It is said to be an effect that some fertilizers and pesticides cannot give.
It is true that the roots of weeds afflict the roots of crops, but it is said that these weeds make the crop stronger and firmer and do not brittle easily after harvest. Cultivation in this way will show the difference between a crop grown in a forest fighting all kinds of risk factors and a crop grown in a field grown comfortably without risk factors.

Crops grown without pain are easily brittle and spoiled, but it feels like magic that crops that have overcome the fierce competition for survival with weeds can be easily stored for a long time. These farmers say all they need to do is to sow the seeds and cut off the weeds that are already sprouting just before the crops sprout. It is said that the young shoots of crops are difficult to grow when they compete with overgrown weeds, so it is said that weeds are cut at this time, not pulled out or killed with herbicides. Pulling out weeds stimulates the seeds of the weeds that have not yet germinated buried in the soil, and the weeds become more lush.

And this farmer says that weeds are no longer an enemy, but are very, very grateful for the strength of my crops. In addition, they said that the roots of weeds move and soften the soil, making it easier to supply oxygen to the roots of crops.

As the first farmer to practice non-weeding farming, he may have just been trying to learn healthy farming methods close to nature. And you may not even know that the way you find out is the same as the God who created the world wants His children to be strong.
It is impossible to estimate how much truth the Bible holds about this world and our lives.
The children of Elohim God who live in the age of the Holy Spirit have no choice but to go through trials. Because our era is full of disasters such as abnormal climate, economic hardship, war, and volcanoes.
I don't have to complain or complain that the farmer doesn't pull the weeds next to me and it bothers me.
Because we are already strong in God Elohim. Because you are nurturing us strong through the Word and the Holy Spirit. 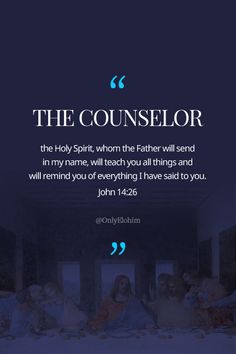 Total 8
« God the Mother, The Secret of the Bible
Jerusalem Temple and The Water of Life »
List Reply
Edit Delete
Total 892
New
Powered by KBoard