Author
Britney
Date
2022-07-22 13:05
Views
69
On the Sabbath day, Jesus said, “My Father is always at His work to this very day, and I, too, am working.” After the creation of the heavens and the earth for six days, God finished the work and rested on the seventh day. This is a prophecy of God's 6,000-year-creation process. On the sixth day, God created male and female in His likeness and in His image. This clearly shows that there exists not only God of the male image but also God of the female image. In other words, there is God the Mother as well as God the Father.

Even before the creation of the world, Heavenly Father and Heavenly Mother have chosen us as Heavenly children and are constantly making us into perfect ones. We need to fill us with the words of God, the water of life, and put them into practice so that we can be transformed into new creation. We should give thanks to Heavenly Father and Heavenly Mother for transforming us into new creation with sacrifice and love to take us to Heaven. 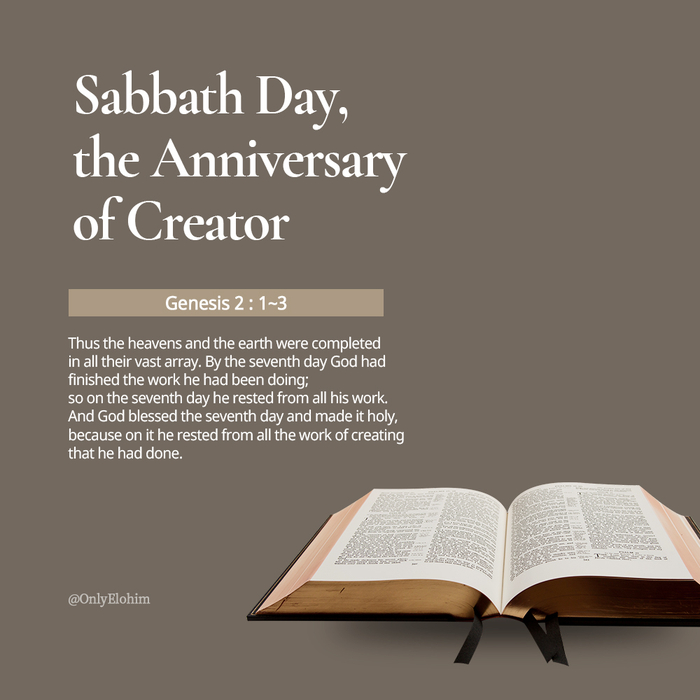 Total 3
« Those to Listen to the Holy Spirit and the Bride
I Follow Mother »
List Reply
Edit Delete
Total 1,002
New
Powered by KBoard