Our Salvation Demonstrated by Jesus ; Transformation, Resurrection and Ascension

Author
szaz
Date
2021-01-24 16:26
Views
6840
The moment that we are now waiting for is when we enter the kingdom of heaven. However we can't enter heaven with our mortal bodies so we all need to be changed into glorious bodies like angels.
Philippians 3:20 [But our citizenship is in heaven. And we eagerly await a Savior from there, the Lord Jesus Christ,21 who, by the power that enables him to bring everything under his control, will transform our lowly bodies so that they will be like his glorious body. ]

As we can see from the verses above, the dead will be raised imperishable and we, too will be changed into a spiritual body that is immortal. In other words, the children of God will experience either "resurrection" or 'transformation" and "ascend" to heaven at the end.

"Resurrection and Transformation and Ascension" are the cores of Christianity, but it is hard for people to believe those things. So 2000 years ago, Jesus Himself was transformed, resurrected and ascended to heaven before His disciples, in order to demonstrate that His teaching of salvation were all true. Consequently, His disciples who witnessed all those things with their own eyes, fully assured of their salvation, and fervently preach the gospel of kingdom in the whole world, being willing to die.

# 1 : Salvation Demonstrated by Jesus
1) Transformation
Matthew 17:1~3 [After six days Jesus took with him Peter, James and John the brother of James, and led them up a high mountain by themselves. 2 There he was transfigured before them. His face shone like the sun, and his clothes became as white as the light. 3 Just then there appeared before them Moses and Elijah, talking with Jesus.]
His disciples witnessed Jesus' transformation so they could absolutely believe that they, too will be transformed as Jesus did.

2) Resurrection
John 20:19~20 [ On the evening of that first day of the week, when the disciples were together, ... Jesus came and stood among them... he showed them his hands and side. The disciples were overjoyed when they saw the Lord.]
After Jesus' resurrection, He appeared before His people so that they could absolutely believe that they will rise from the dead as Jesus did.

3) Ascension
Acts 1:8~9[ ..... you will be my witnesses in Jerusalem, and in all Judea and Samaria, and to the ends of the earth." 9 After he said this, he was taken up before their very eyes, and a cloud hid him from their sight. ]
Jesus ascended to heaven before His people so that they could absolutely believe that they, too will ascend to heaven as Jesus did.

# 2 : Resurrection, Transformation and Ascension Contained in All Creation
Today, many people have the same problem as before, people still have doubt about their salvation not believing in transformation, resurrection and ascension. So God teaches us God's providence about salvation through all creation.

1) Resurrection Shown in a Seed
We can understand the resurrection through "seeds". All seeds look alike, however, as they have grown, they come to have their own appearances. A seed dies when it is sown. But it comes to life again as a new form.

1 Corinthians 15:35~38 [ But someone may ask, "How are the dead raised? With what kind of body will they come?" 36 How foolish! What you sow does not come to life unless it dies. 37 When you sow, you do not plant the body that will be, but just a seed, perhaps of wheat or of something else. 38 But God gives it a body as he has determined, and to each kind of seed he gives its own body. ]

2) Transformation and Ascension Shown in a Worm
As we know, larvae are transformed into adult forms that are structurally different from larvae, to be adapted to a different environment. Spiritually, the same is true of our transformation. The Bible says that in God's sight, man is like a maggot or a worm that looks gross,

As a worm crawling on the ground is transformed into a beautiful butterfly and flies up in to the sky, so we, sinners too will be transformed into the beautiful, spiritual bodies like angels and ascend to heaven.

Likewise, our lives after this world will be so bright and glorious, so we should endure our present suffering and pain in the process of refinement of our souls, and make every effort to participate in the divine nature until the Christ is formed in us. Let us absolutely believe the promise of eternal life and fervently preach the gospel of the New Covenant in the whole world till the end! God bless you 🙂 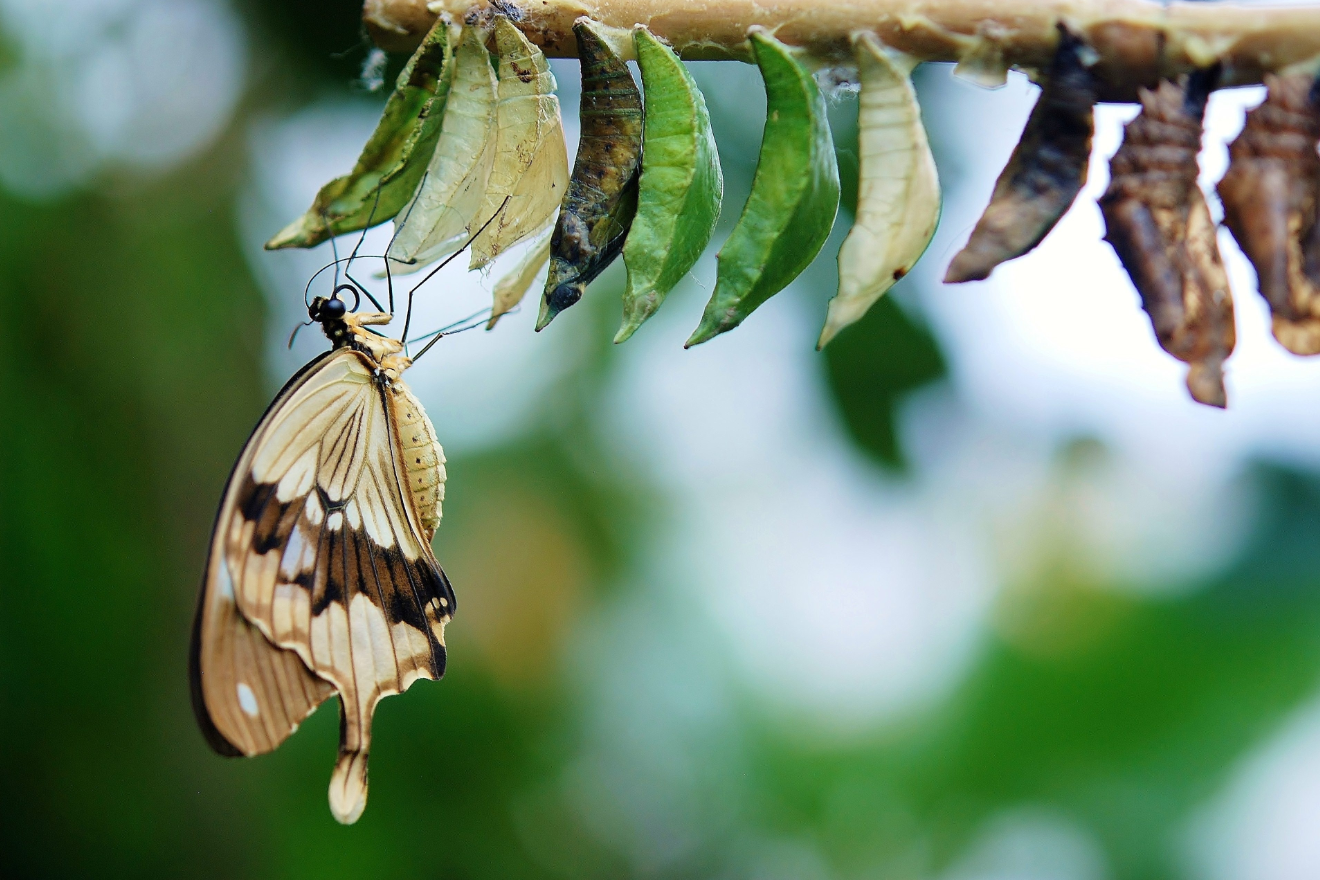 Total 10
« The God’s Seal and the Salvation
Who can give us the Water of Life in the last days? »
List Reply
Edit Delete
Total 1,103
New
Powered by KBoard