The Bible Is Mythology?

Author
Mia
Date
2021-06-22 00:53
Views
317
Before space science was developed some people regarded the bible as mythology.
However today, science proves that the bible is true.

3500 years ago the concept of the universe in the bronze age was far from the truth.
Ancient Indians believed that sacred animals supported the earth
Ancient Sumerians thought that space was flat.

People could not even imagine the earth being suspended in space.
However in the book of Job written 3500 years ago in the bronze age, the
knowledge of modern astronomy was already recorded
'He suspends the earth over nothing.' (Job 26:7)
The bible depicts the earth as if it took a picture from a satellite.

The Almighty God has sufficiently demonstrated His greatness
in both the scriptures and science.
The problem is not a deficiency on God's part but rather a dimness on ours.
We must believe the bible because it is the only book that can lead us
to salvation. 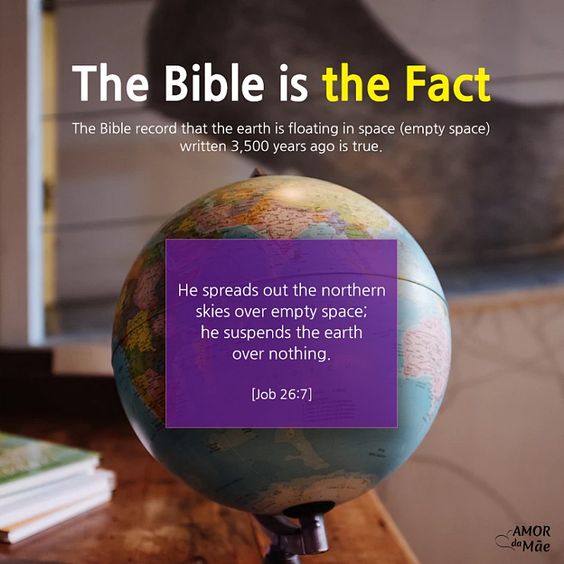 Total 2
« No Temptation, Rather Blessings
Since Knowing God Is Eternal Life, Is There No Need To Keep The Passover? »
List Reply
Edit Delete
Total 888
New
Powered by KBoard