There are some churches that claim to keep the Passover. What are the requirements to keep the true Passover according to God’s will?

The Passover has an appointed time ;

Lev 23:4~ 4 “‘These are the Lord’s appointed festivals, the sacred assemblies you are to proclaim at their appointed times: 5 The Lord’s Passover begins at twilight on the fourteenth day of the first month.”

The Passover has an appointed time. How can we calculate the date to keep the Passover? Nowadays the majority of the world goes by the Gregorian calendar(solar) which was created by Pope Gregory in the 1,500 years(A.D). The sacred calendar has been recorded in the Bible from 3,500 years ago(1,500 B.C)

John 6:10 ~ 10 Jesus said, “Have the people sit down.” There was plenty of grass in that place, and they sat down (about five thousand men were there). 11 Jesus then took the loaves, gave thanks, and distributed to those who were seated as much as they wanted. He did the same with the fish.

During His ministry it was only on the Passover night that Jesus gave the promise of the bread to become His flesh. Eating bread and wine in ordinary times is like the food that spoils but eating the bread and wine at the appointed time contains God’s promise of eternal life. 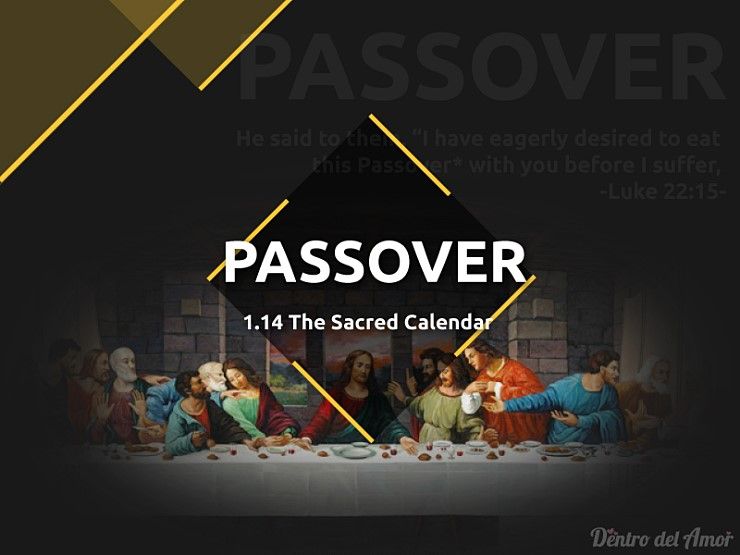