In the near future

There is a warning saying that if you do not meet God on this earth, you cannot follow God's will, and you will suffer the second death by being thrown into the lake of fire.

The world will not be pleased with World Mission Society Church of God(WMSCOG) that keeps God's commandment according to the bible. But, we will have no choice but to believe that the place we must find in this age is WMSCOG, and that the ONE we must receive is Christ Ahnsahnghong. 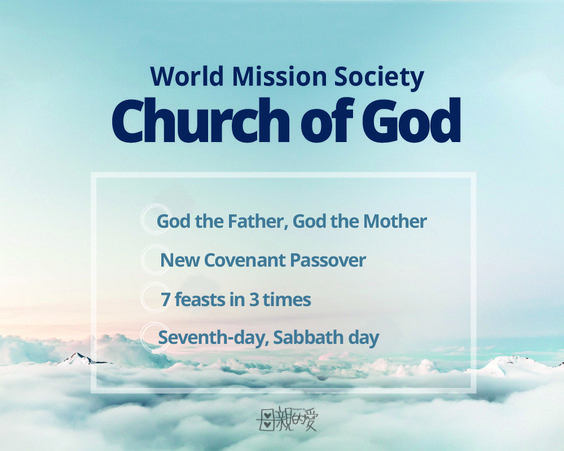 Total 10
« Pentecost: Not to Peddle the Words of God
The Spirit and the Bride's free gift »
List Reply
Edit Delete
Total 1,102
New
Powered by KBoard