Do you truly believe the bible? Then you must..! 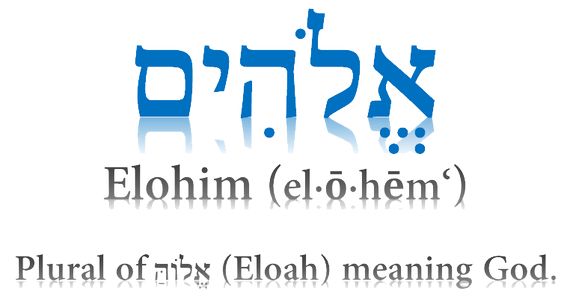 The Bible was originally written in Hebrew, Aramaic (the Old Testament), and Greek (the New Testament). In the Hebrew version of the Bible, Genesis 1:1~2 is written as follows:

The word of Elohim is "plural" not singular.
The word “God” in the English Bible is the translation of “elohim” meaning “Gods”.
What does it mean? This means there are more than one God.
Then how many Gods are there? Let's find it out through the bible.

Gen. 1:26 『Then God said, “Let us make mankind in our image, in our likeness, so that they may rule over the fish in the sea and the birds in the sky, over the livestock and all the wild animals, and over all the creatures that move along the ground.”』

That's why the bible testifies that there exist God the Mother as well God the Father.
Mat. 6:9 『“This, then, is how you should pray:
“‘Our Father in heaven,.."』

Gal. 4:26 『But the Jerusalem that is above is free, and she is our mother.』

Dear loving brothers and sisters in WMSCOG, let us have firm faith in both God the Father and God the Mother till the end and enter the kingdom of Heaven together! 😀
Total 6
« Passover, the absolute proof to let us realize our Savior
The talk leading to salvation »
List Reply
Edit Delete
Total 847
New
Powered by KBoard